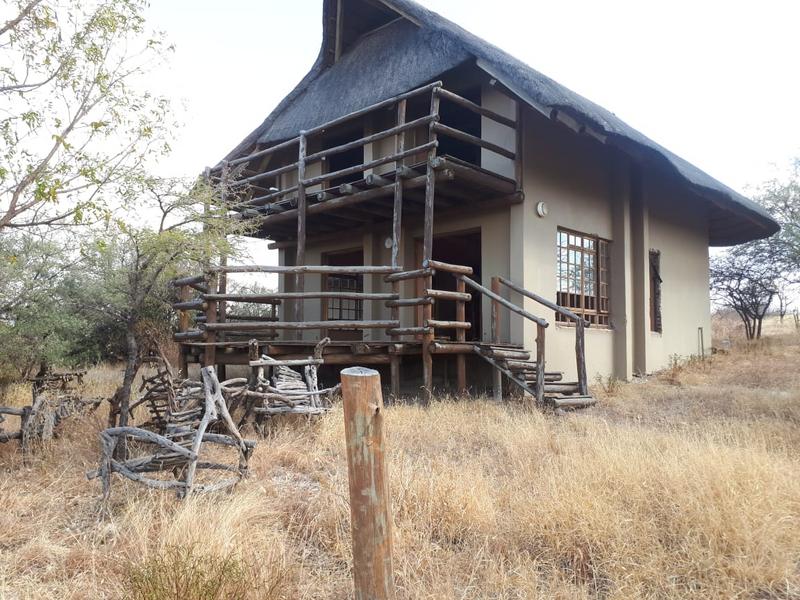 CATTLE AND GAME FARM FOR SALE !!!

CATTLE AND GAME FARM FOR SALE !!!

This game farm in the Immerpan district, comprises of 8 title deeds, measures 2980 ha, fully game fenced. The two portions known as Kalkpan, which is 804 ha, has its own game fencing and can be sold as a separate unit. This was the Rolls Royce of game farms in Limpopo with an investment value of close to R60 million. It had a restaurant, 9 chalets and 14 single rooms as accommodation used as wedding venues and all exotic game including lions (see their website under Leshoka Tabang game farms). A few years ago they suffered a major veld fire which destroyed 90% of the building, including game and exotic birds.
Three chalets survived and can be made livable at minimum expense.
The whole unit has two very strong boreholes (not fitted). It previously had full three phase Eskom power which has been disconnected but can be restored. It also has two registered water servitudes from adjoining farms providing water.
Currently the farm is not utilized with hunting taking place on the left over game.
It has a large game pen and an exotic bird aviary with some 35 cages;
It can be restored to its full glory of used as a game and cattle farm.
The asking price at R6.577 per ha is considered a steal based on sales in the area at present .